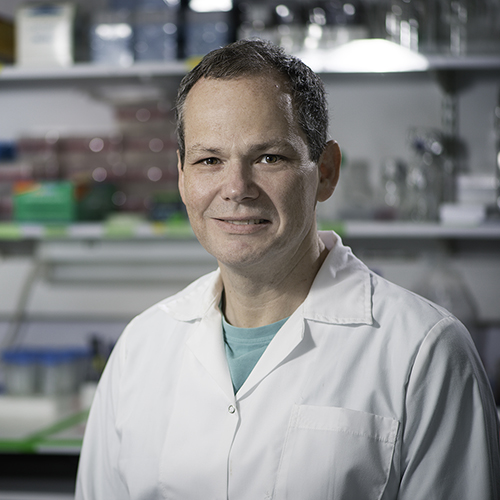 The past few years yielded an explosion of exciting clinical trials showing the remarkable benefit of immune treatments in cancer patients. The link between inflammation and cancer is now established, yet the underlying molecular mechanisms are unresolved. As tumors progress, they modulate the inflammatory cells towards a protumorigenic immunosuppressive phenotype. We have shown that the inflammatory cells reciprocate by sculpting the parenchymal epithelial cells. We are studying these reciprocal interactions and hypothesize that they lie at the heart of the link between inflammation and cancer.

Liver cancer is the third most common cause of cancer-related death worldwide, and its dramatic three decades-long rise makes liver cancer the fastest-growing cause of deaths from cancer in the United States. Liver cancer is a prototype of inflammation induced cancer. We employ several strategies to analyze the changes that occur in inflammatory cells before and after liver tumor emergence, based on our preliminary findings showing that changes in inflammatory cells precede tumorigenesis. We are comprehensively mapping the changing inflammatory microenvironment in mouse models of inflammation induced Hepatocellular carcinoma (HCC) – the most common form of primary liver cancer. Using genetic manipulation strategies, coupled with cell isolation techniques we are delineating the molecular cues that mediate these changes and are analyzing the functional role of key mediators of these processes in the malignant process.

We have recently characterized a new form of inflammation which is characterized by the presence of focal collections of immune cells (also known as ectopic lymphoid like structures). Surprisingly, this form of inflammation promotes cancer growth by hijacking molecules which are secreted by lymphocytes, which are usually associated with anti-tumor responses. We are now testing how the new and exciting immune check point drugs interact with these foci. This could impact immunotherapy of cancer, wherein lymphocytes are usually considered positive mediators of anti-cancer responses. 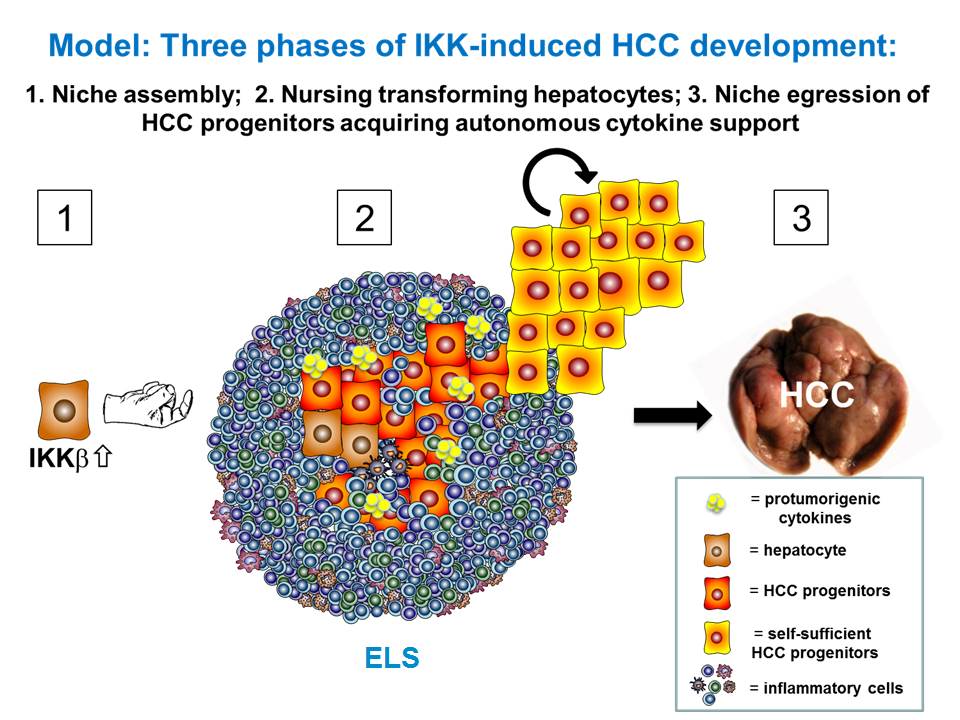 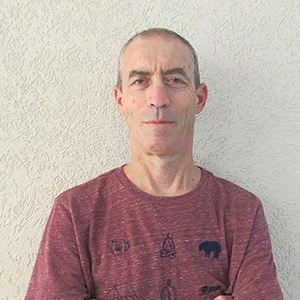 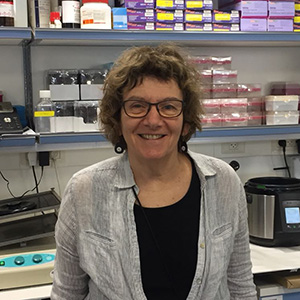 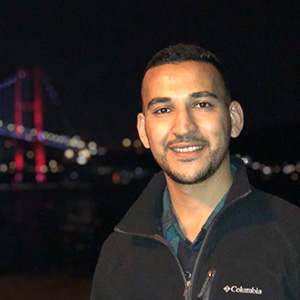 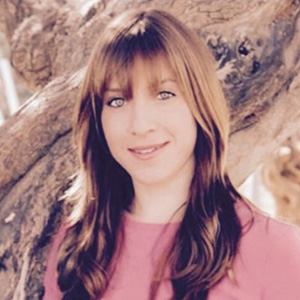 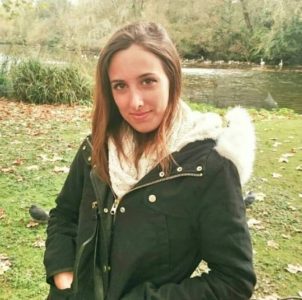 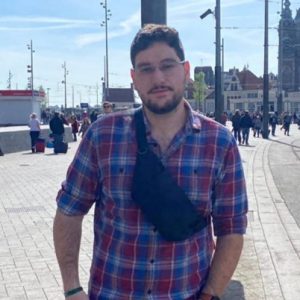 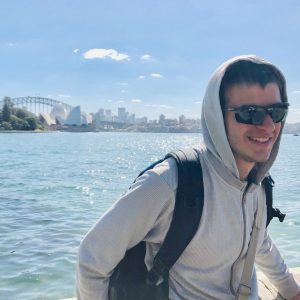 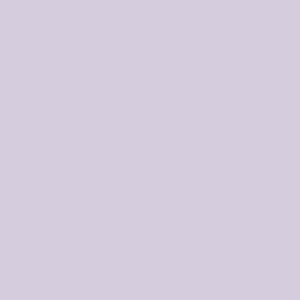 Whereas the innate immune system often promotes carcinogenesis, adaptive immunity is known to have a tumor protective role. On the contrary, using a unique mouse model of HCC, we discovered a novel mechanism through which the adaptive immune system can critically support tumorigenesis. We generated genetically modified mice which express a constitutively active form of IKKβ, the upstream kinase of the NF-kB signaling pathway, specifically in hepatocytes (IKKβ(EE)Hep mice). The IKKβ(EE)Hep mouse model of HCC displays abundant hepatic ectopic lymphoid-like structures (ELSs) that are similar to their human equivalents in both cellular and cytokine composition. Inflammation usually entails a diffuse influx of immune cells, scattered throughout the inflamed tissue. However, infiltrating leukocytes often form ectopic lymphoid aggregates or even more complex structures that histologically resemble lymphoid organs. These structures direct various B and T cell responses and are referred to as ELSs. The mechanisms governing ELSs neogenesis, as their functional state in different pathologies, remain poorly defined. ELSs often develop at sites of chronic inflammation where they influence the course of many disease types, including distinct autoimmune, cardiovascular, metabolic and neurodegenerative diseases. Clinically, the presence of ELSs within inflamed tissues has been linked to both protective and deleterious outcomes in patients. In cancer the presence of tumor-associated ELSs usually correlates with a better prognosis and they are thought to coordinate endogenous antitumor immune responses (e.g. in melanoma, colorectal and breast cancer). Yet, in HCC we recently revealed a surprising protumorigenic role for ELSs, and found that they constitute immunopathological micro niches wherein progenitor malignant hepatocytes appear and thrive in a complex cellular and cytokine milieu until gaining to exert a cancer surveillance function, primarily acting to suppress tumorigenesis (For a brief animation please visit https://www.youtube.com/watch?v=gGCjekCl5O4). We are now testing whether these aberrant immune foci could serve as new targets for cancer therapy.

Epithelial p53 and the microenvironment – a continuous cross talk

p53 is a central hub in preventing cancer: it is regulated by multiple cellular signaling pathways and biochemical events and in turn regulates the expression of multiple target genes and can execute several cellular outcomes. However, as cancer develops in tissues it is only logical to assume that p53 could be regulated by, and in turn regulate, tissue level phenomena which transcend the cellular level. Indeed, we have recently noted that p53 regulates the crosstalk between gut epithelial cells and the underlying lamina propria, to preserve tissue boundaries. We will explore the hypothesis that inflammation, injury or repair change the amplitude or the spectrum of the p53 response in epithelial cells. We expect that tissue danger lowers the threshold for p53 activation and thus adds extra-protection. Furthermore, by modulating the nature of the p53 response, the tissue could adapt better to the changing environment. We will study the reciprocal hypothesis that p53 in epithelial cells modulates the state of the microenvironment in disease states. Thus, it is conceivable that genotoxic stress occurring in multiple epithelial cells (leading to p53 activation), should alter inflammatory processes, to modulate inflammation so that the latter will not increase cancer risk.

This allowed us to characterize transcriptional and metabolic profiles of different stages, which suggest key involvement of metabolic pathways in controlling phenotypic transitions, tightly linked to the meiotic process, and likely affecting the balance between stemness and differentiation.

Our aim is to decipher the contribution of metabolic process that are uniquely active in specific stages of this intricate cell lineage to differentiation decisions. In addition to revealing the basic mechanisms of spermatogenesis we hope that our findings could open new ways for combatting infertility as well as germ cell tumors.

The Lautenberg center for immunology and cancer research